Seville is one of the must-see destinations in Spain.

The city is the undisputed capital of the south, and bears the signs of many relevant civilizations, like the Romans, Visigoths and Muslims, all of which have combined to create a very special mosaic of cultures and characters.

Much has been and will be written about the Santa Cruz neighbourhood, its old Jewish quarter, the scent of blossoming orange trees, its Cathedral, palaces and gardens. Much has also been said about its residents, open and merry, kind and unassuming, welcoming of everything and everyone.

But Seville is much more.

The magnificent scenery offered by the city is being showcased this year in the fifth season of HBO's Game of Thrones, including the Alcázar, whose fountains and gardens brought the Kingdom of Dorne to life, and the streets of Osuna, which witnessed the oath of allegiance sworn to Khaleesi by the "Unsullied".

If you live it it's true is the promotional slogan of HBO in Spain for this new season. But it could just as easily be Seville's motto.

This isn't the first time the city's streets and monuments have appeared on the big screen, quite the contrary. From Lawrence of Arabia (1962) to Knight & Day (2010) to some scenes from the first two Star Wars films, its streets, monuments and people have been witnesses to and essential parts of these productions.

That being said, Seville has always maintained its spirit, its character, its colour. It hasn't lost one shred of its personality. It's charismatic, appealing, suggestive. Once there it ensnares us, entangles us, taking a part of our heart with it. 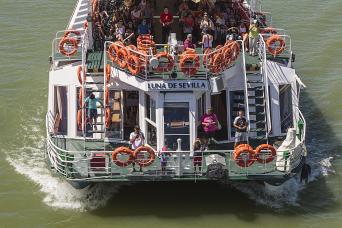 Enjoy a dream itinerary on board a cruise at the Guadalquivir River.... 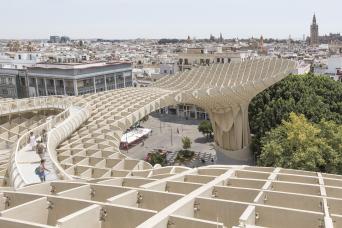 Make the most of your visit to Seville with a guided tour of the capital;...

Your cart is empty.