The legacy of Dalí in Figueres

Salvador Dalí, one of the most controversial and admired Spanish painters in the entire world, was born in Figueres in 1904. Although he wanted to be a chef at the age of six, and Napoleon at seven, his future was to become the greatest genius of the Surrealist movement.

His great sensitivity, but above all his eccentricities, did not leave anyone indifferent. Some examples are his moustache, which was a tribute to the painter Velázquez, or his pets - an anteater and an ocelot -. In the same sense, Walt Disney and Hollywood were some of this most popular collaborations for the world of cinema.

Despite his international fame, Dalí was always very linked to the province of Girona. For that reason, the Dalí Theatre-Museum is placed in his native town. In addition, Dalí was one of the architects of this museum. In you are interested in visit it, you will be delighted. Beyond the exhibition of his paintings, each room and each space represent a surrealist work signed by the painter himself.

After an intense and long life, Salvador Dalí died at the age of 85 years, in 1989. At that moment, he was listening to his favourite opera: Wagner's Tristan und Isolde. He is currently buried in the crypt of his Museum-Theatre.

In life, Dalí created more than 1,500 works of art and a new way of understanding aesthetics and art.

Julia Travel offers the following activities to know the legacy of Dalí in Figueres: "Girona & Figueres and Dali Museum Day Trip from Barcelona" and "Costa Brava and Dali - Full Day". 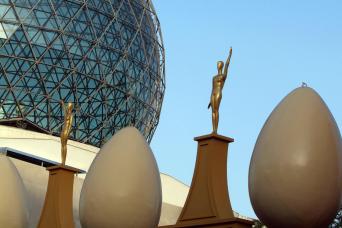 Imagine yourself being in the Medieval period when walking through Girona... 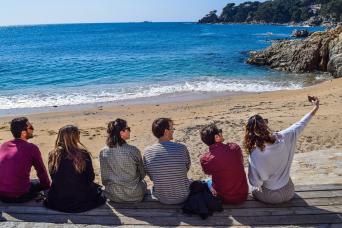 Discover the secrets of the Costa Brava, from its picturesque fishing...

Your cart is empty.