From the deck of one of our modern, spacious and safe boats, you can take a breath while you see the Guadalquivir banks.

You can admire great works that are built there, such as the Plaza de Toros de la Maestranza, the old bridges, the mythical Barrio de Triana, the pavilions of international exhibitions celebrated in Seville or the towers of the Plaza de España. Numerous buildings that, in the past, chose to settle on the banks of the big river, which became to Sevilla in a strategic point of vital importance to the New World. This was the place where the merchant ships berth, at the Port of Seville, loaded with gold, silver, tobacco and other valuable goods in high demand.

In the Monastery of Santa Maria de las Cuevas, located on a small island in the Guadalquivir known as Isla de la Cartuja, was where Christopher Columbus planned his trip across the ocean looking for India.

Feel the history of Seville from a magical perspective that not everyone can enjoy, go with the river current under the bridges and gaze at the beautiful skyline of a unique and inimitable city. 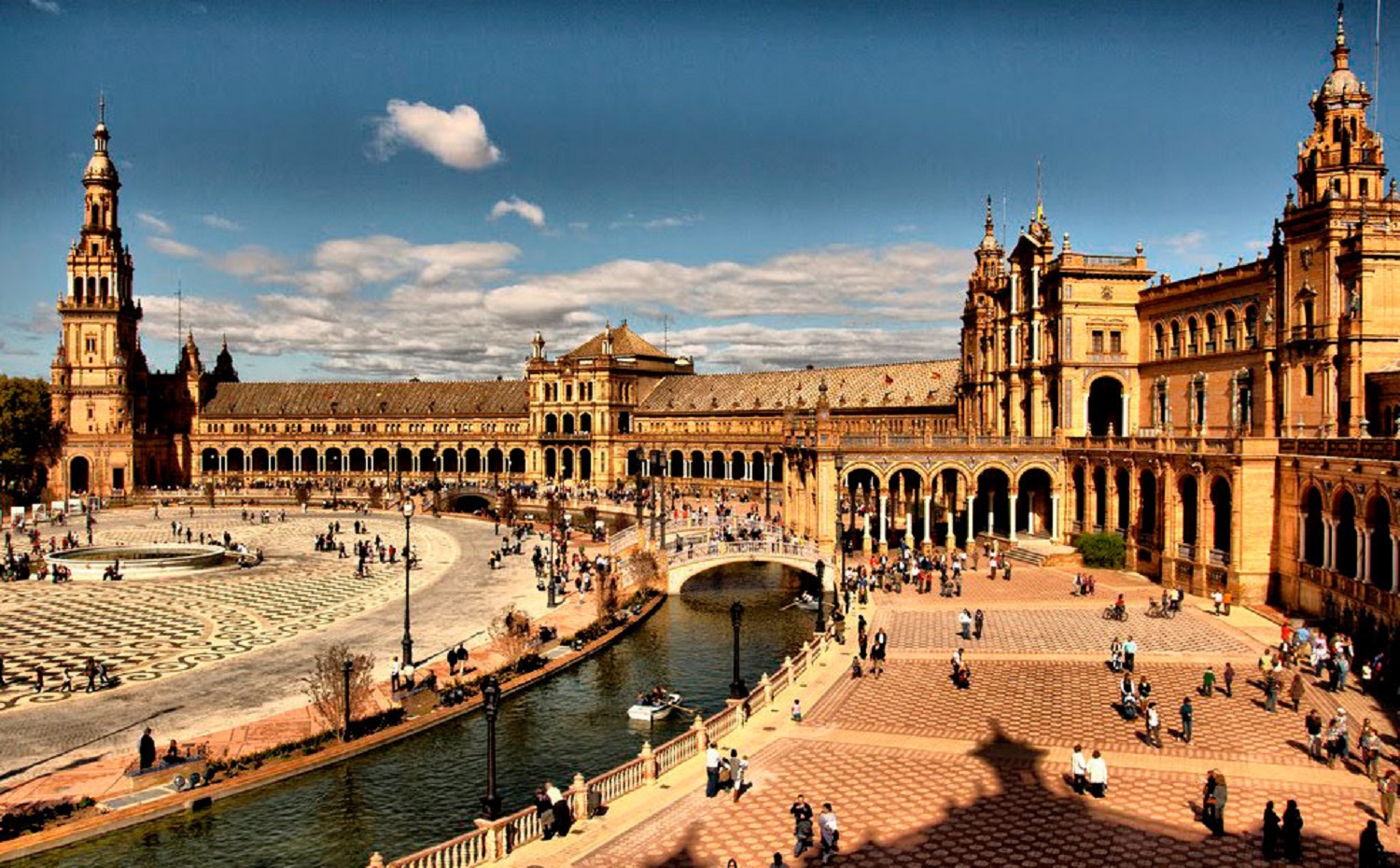 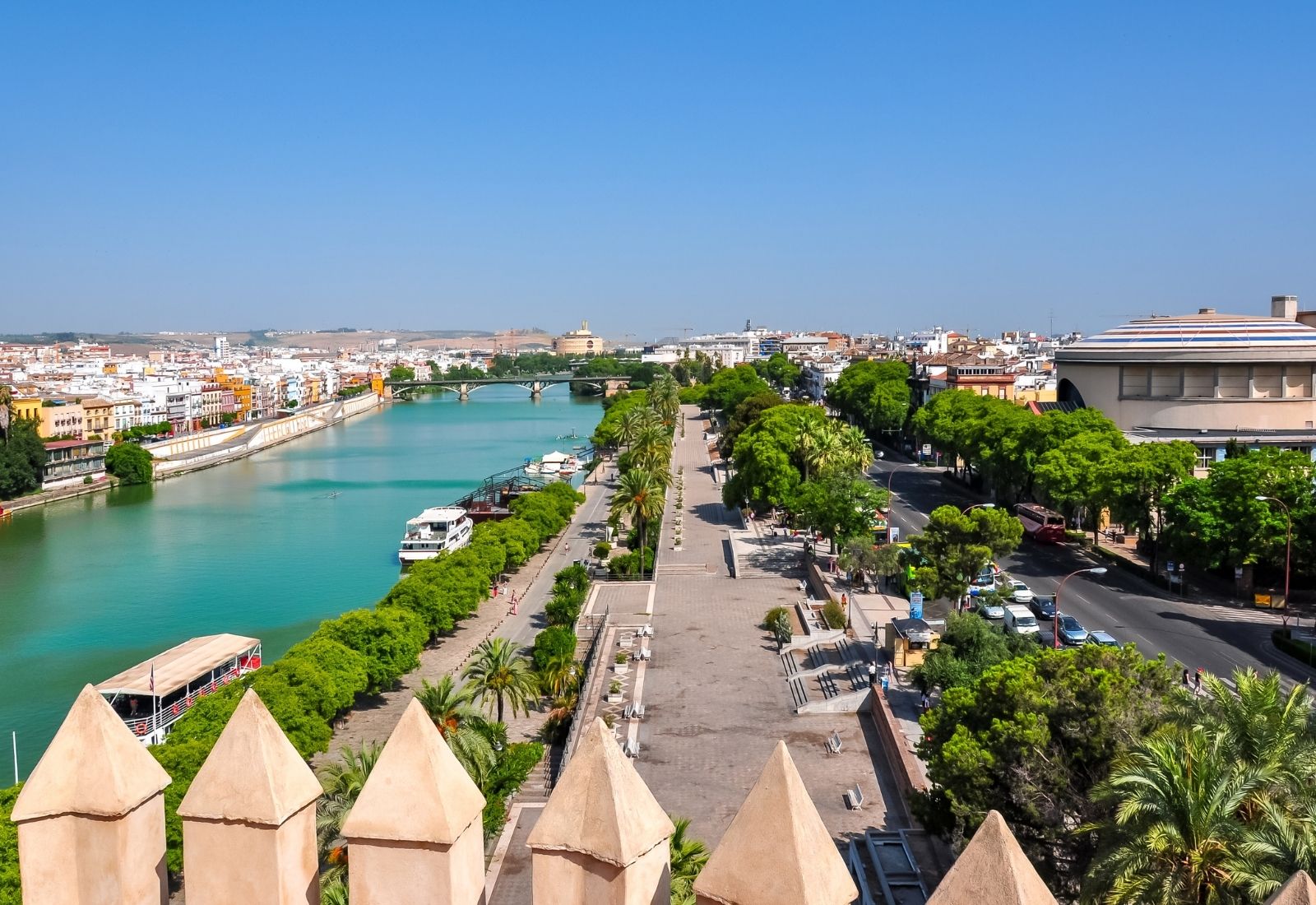 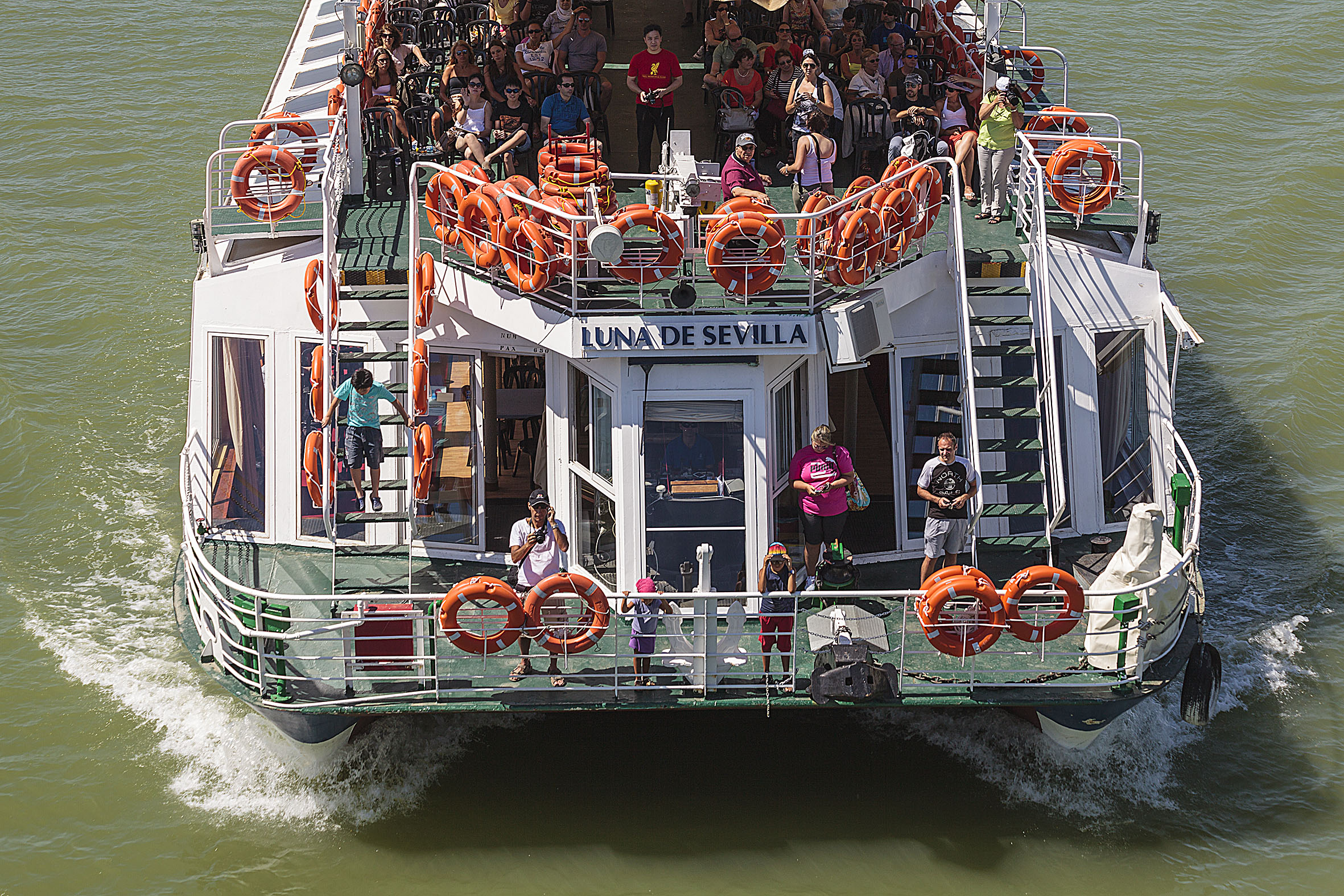 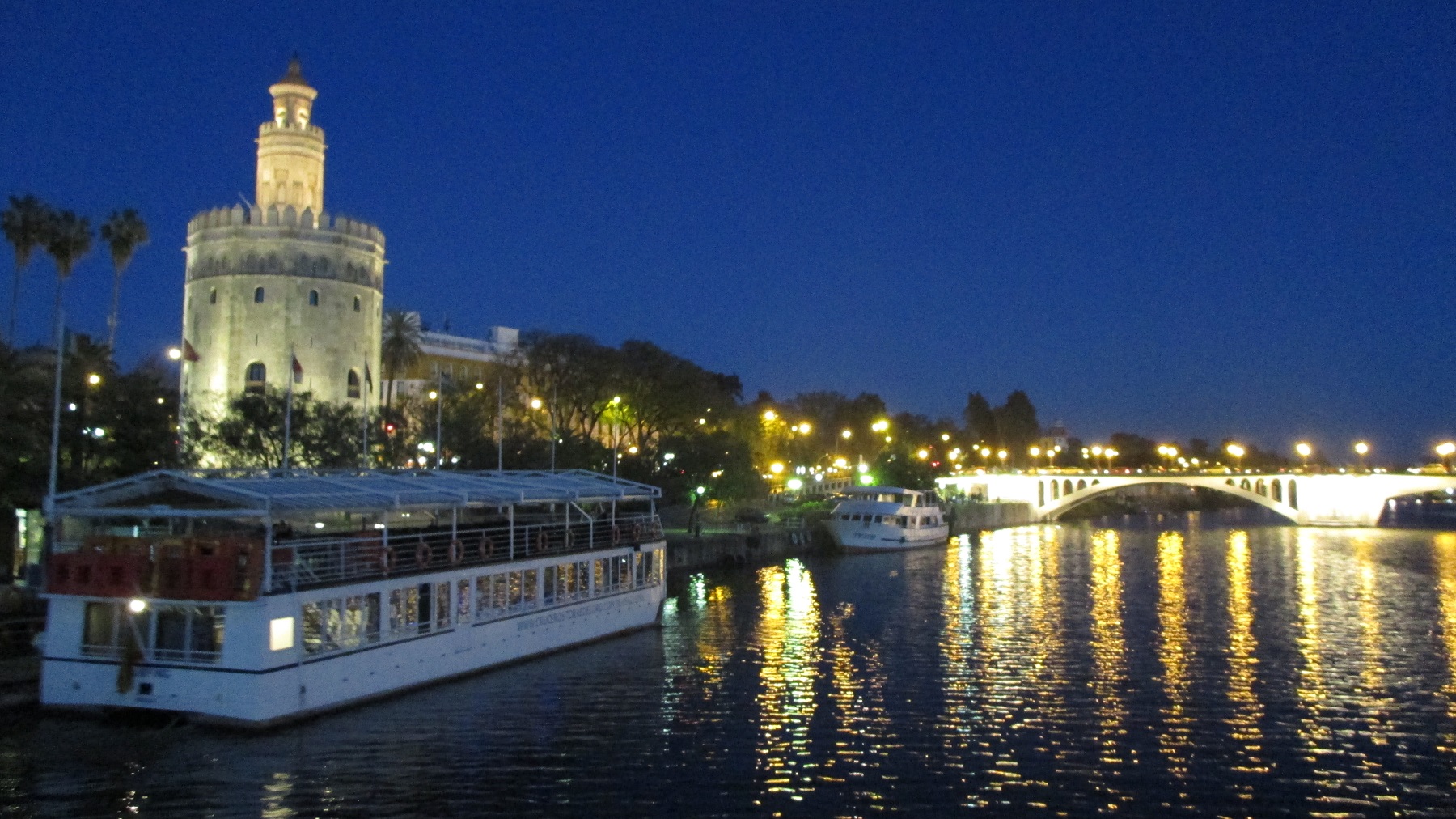 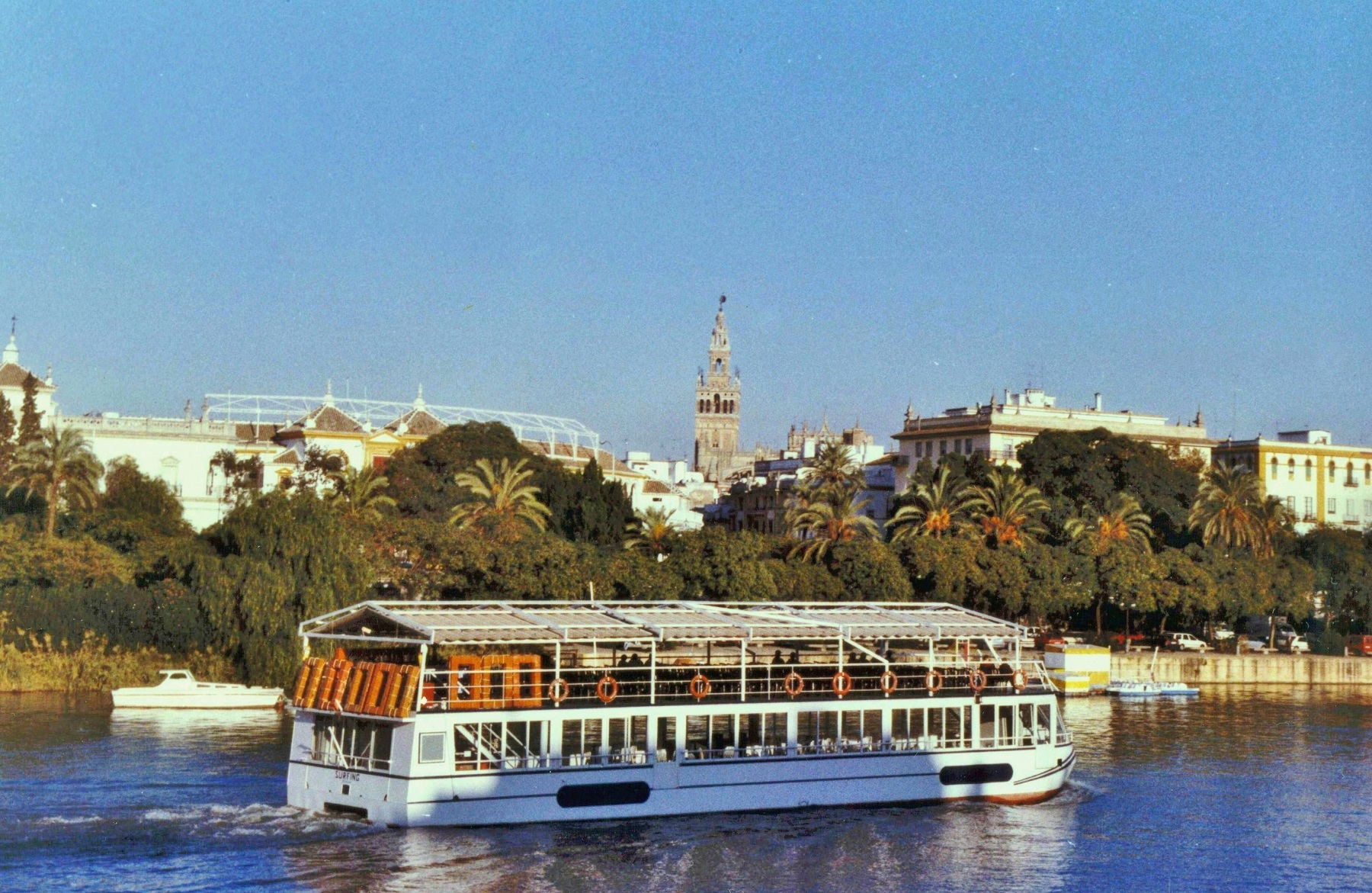 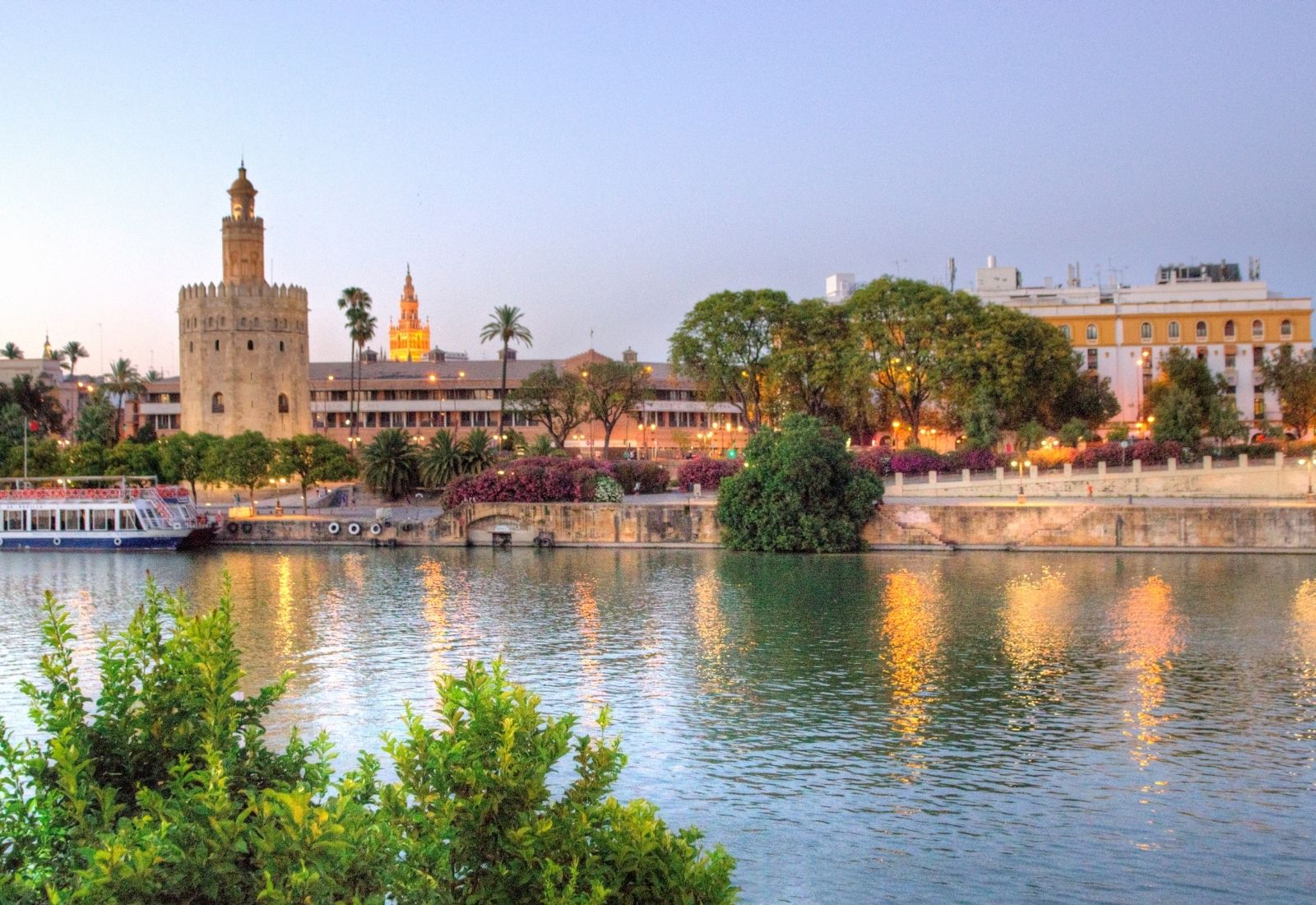 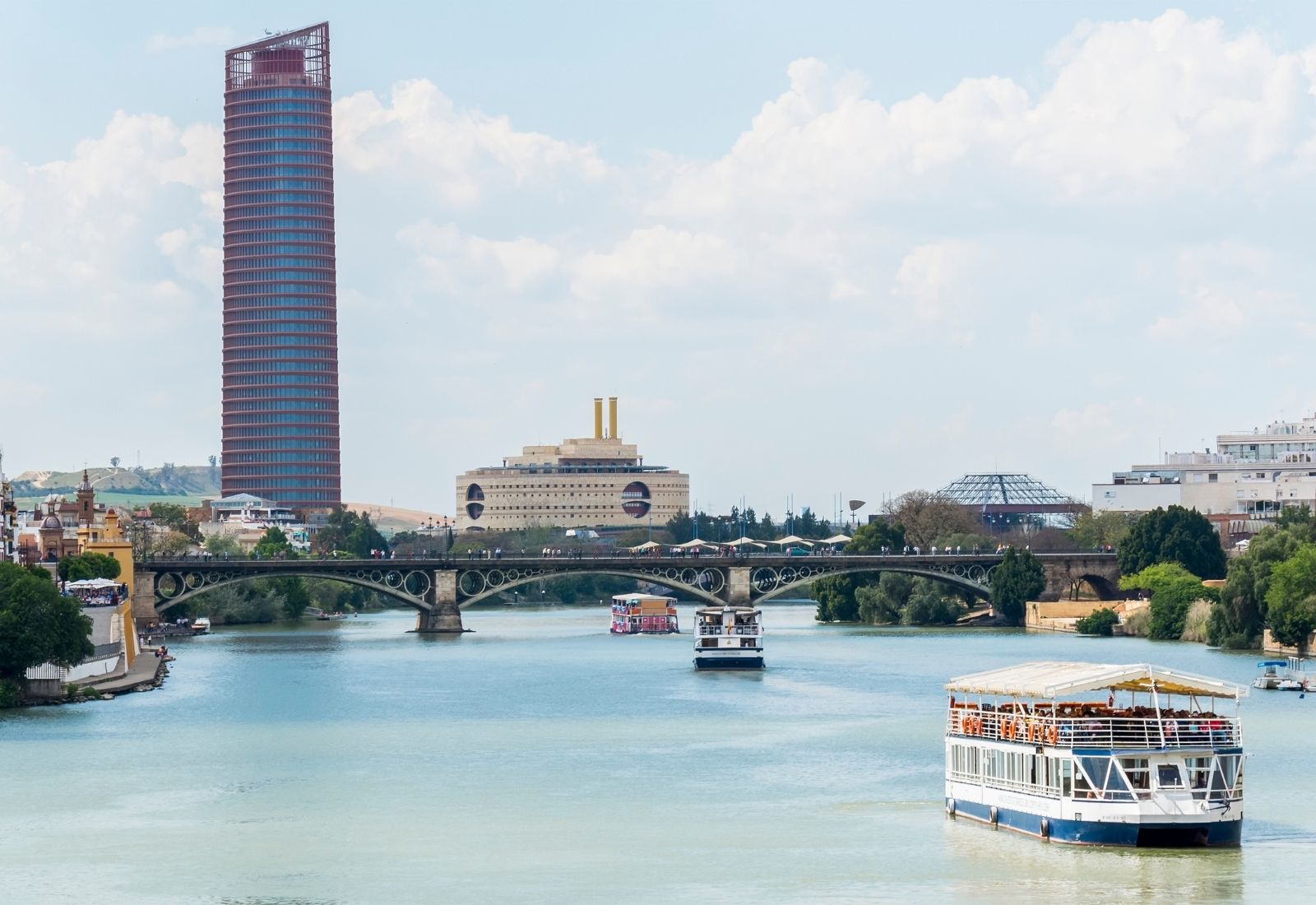 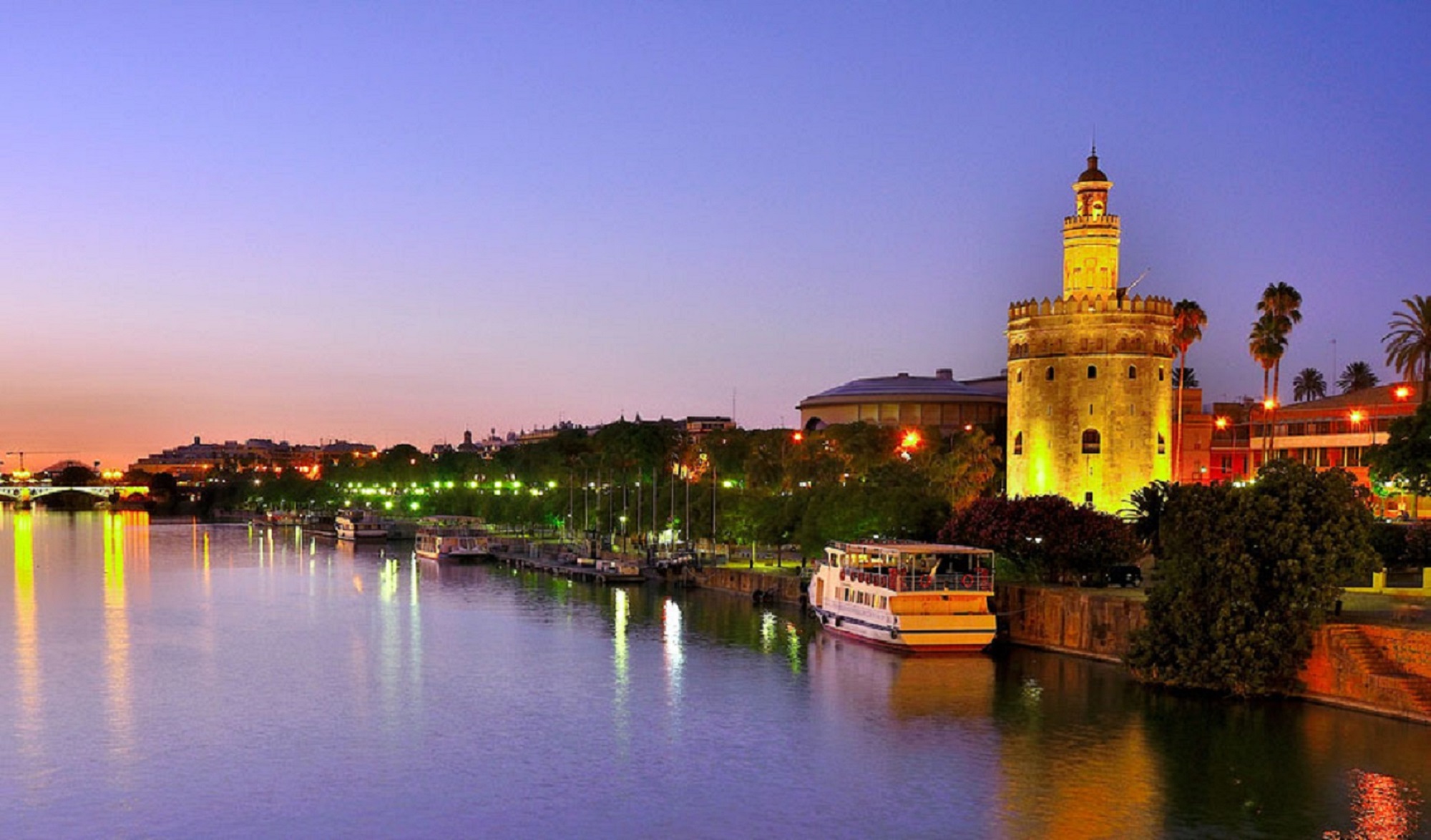